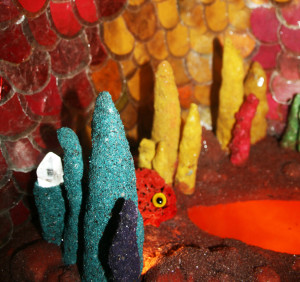 “There are few grotesques so utterly playful as to be overcast with no shade of fearfulness, and few so fearful as absolutely to exclude all ideas of jest.” -John Ruskin, Stones of Venice (1853)

For Early Modern natural historians, the “jokes of nature” were aspects of the natural world that defied explanation or categorization, including strange and exotic animals, rare stones and minerals, plants from the New World, and creatures born with monstrous deformities. These demonstrations of Nature’s playfulness were collected and assembled in Cabinets of Curiosity, where they induced feelings of wonderment, confusion, and uneasiness. Perverse and playful, Nature offers a model for artistic creation that stretches the boundaries of convention, inviting both pleasure and disgust.

The Grotesque inverts, subverts, and perverts the standard order of being. It celebrates a world turned upside-down where the reconfiguration of familiar forms evokes both terror and laugher simultaneously. Horace compared Grotesque imagery to a “sick man’s dreams,” where seemingly contradictory features exist in suspension and monstrous hybrids emerge from the depths of the subconscious. Although seemingly marginal, the Grotesque resists easy dismissal and threatens to subsume the center as a persistent, gnawing fascination. As confrontational as it is seductive, the Grotesque leads to a psychic estrangement filled with horror and wonder as new realities arise from familiar forms that are recombined, transformed, and mutated in a process of unbridled metamorphosis.

By stripping away the confinements of established reality, the Grotesque allows for the unfettered play of the imagination. As an aesthetic category, the Grotesque includes aspects of the diabolical, scatological, pornographic, dreamlike, carnivalesque, uncanny, and caricatured. Such features have been adopted and exploited by a wide variety of contemporary artists interested in the fruitful juxtaposition of the comic and the marvelous, the natural and the artificial, the attractive and the repellant, the refined and the low-brow. By sanctioning combinations of seemingly contradictory binaries, the Grotesque promotes artistic play that generates new realities and new states of being. The contemporary Grotesque, like all the grotesques that have come before, elicits diabolical laughter as it reveals essential truths about human nature that are at once comical and profound, playful and monstrous. 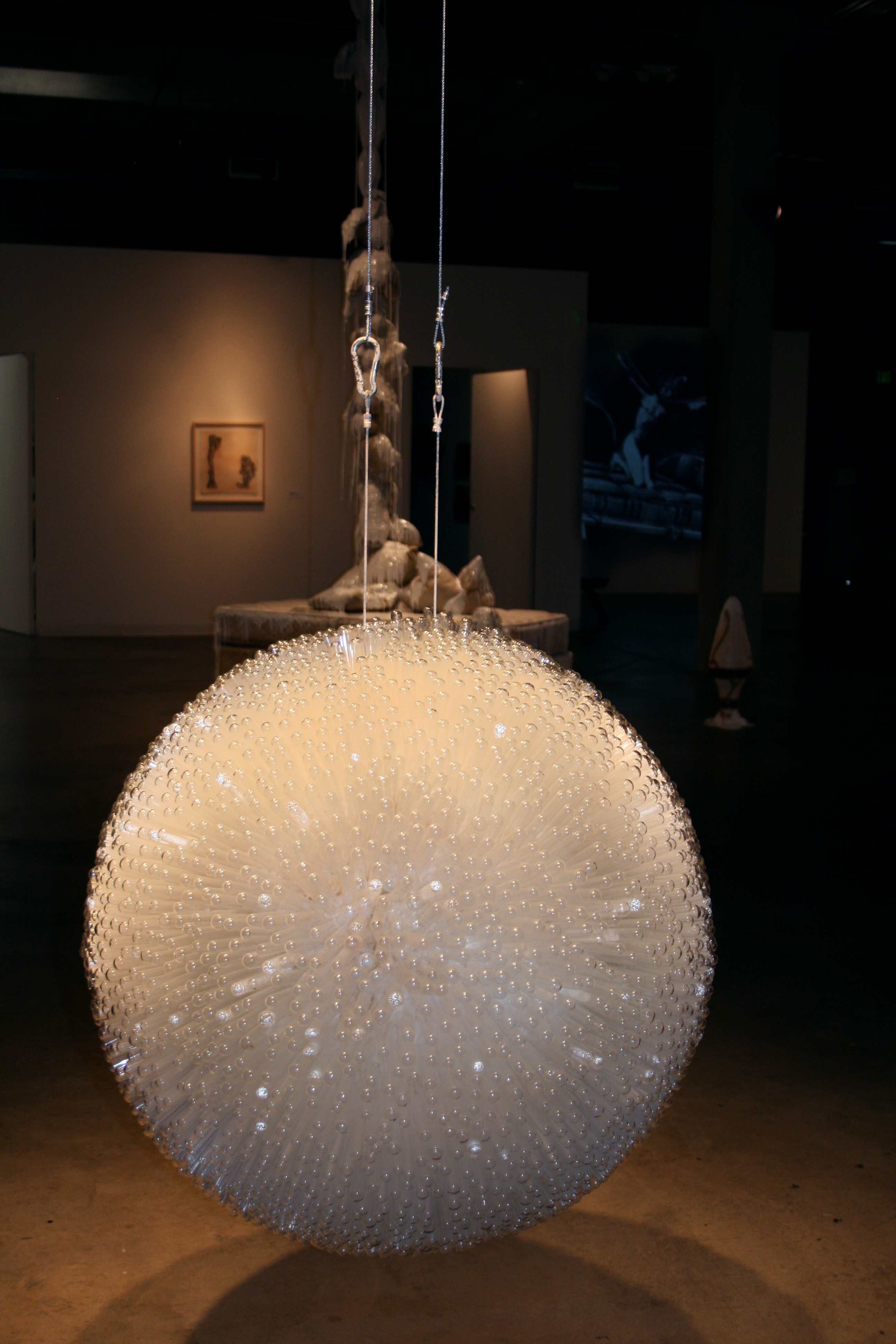 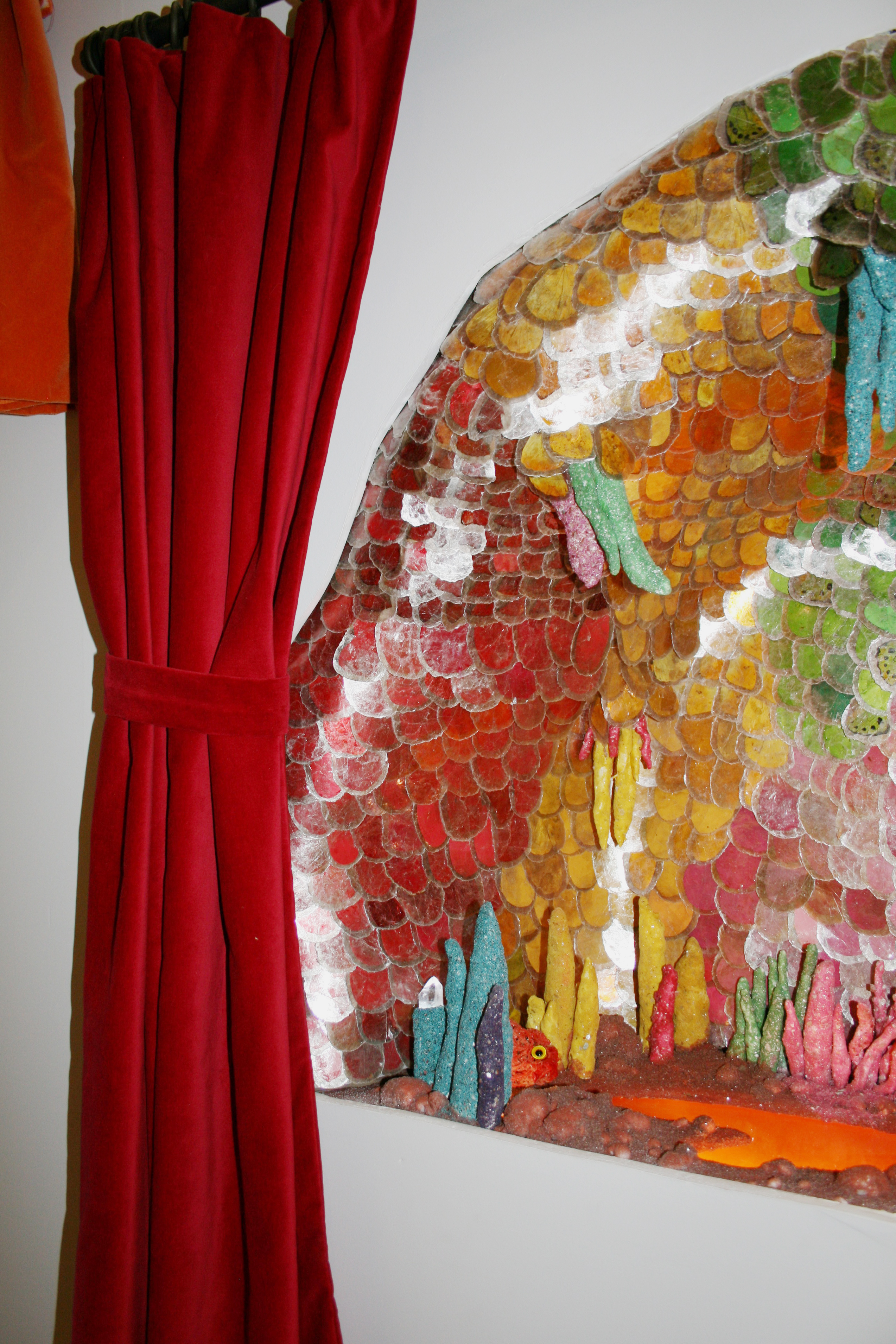 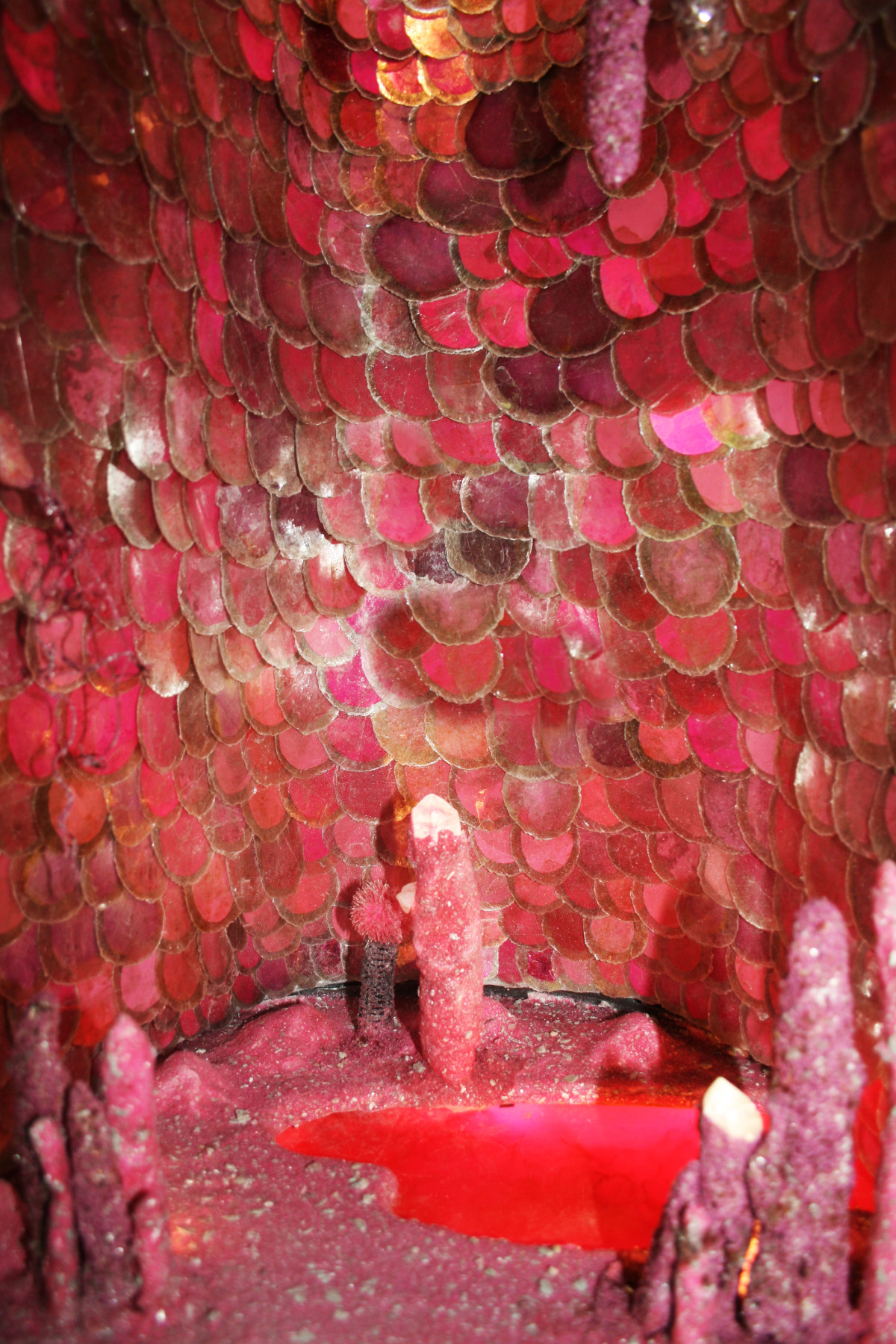 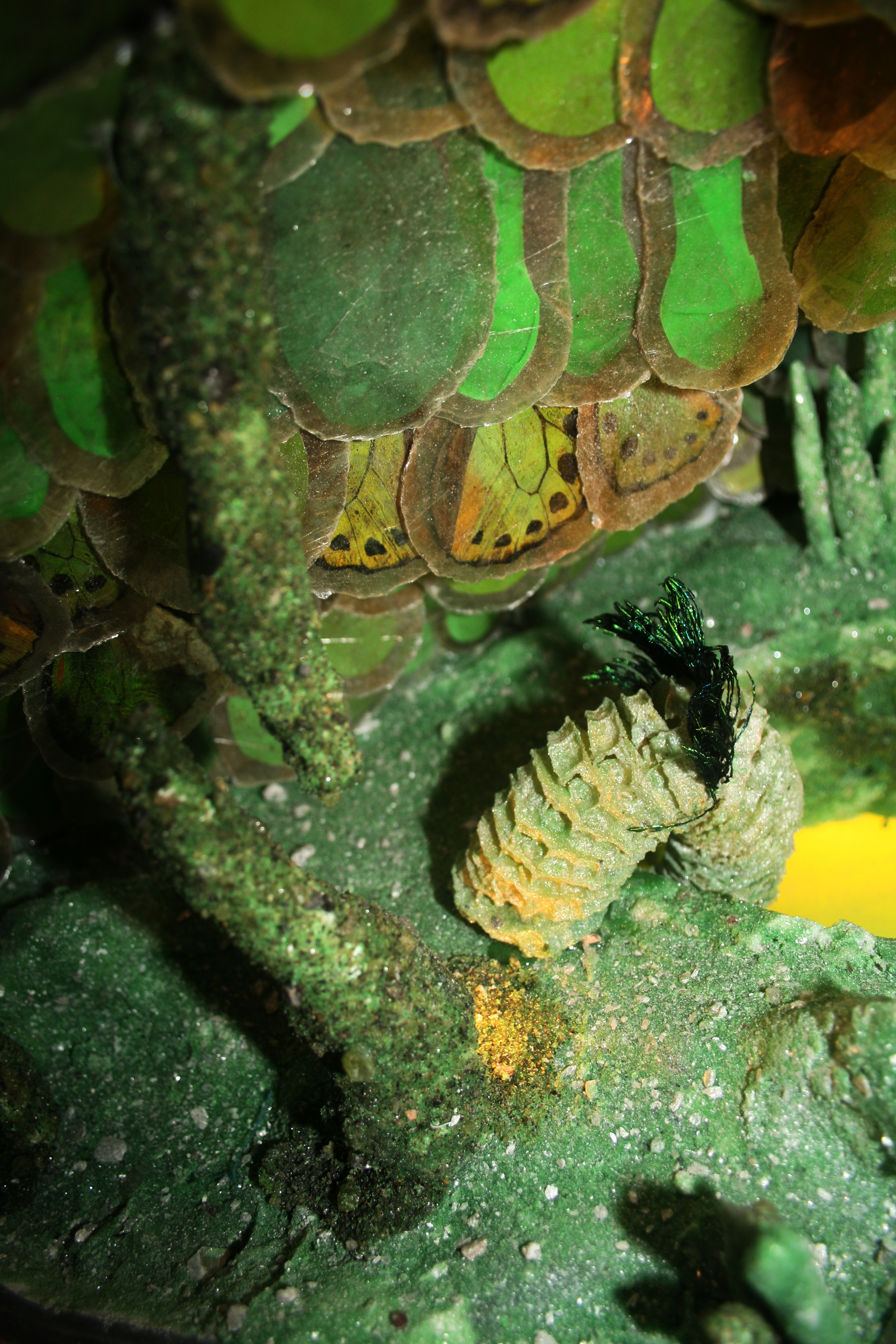 Embedded in the wall, these miniature phantasmagorical theaters have lent themselves to the pellucid (“beyond light, beyond consciousness”) of my imagination.

I began the investigatory process by peeling the skin off a mica rock and sewing it, alternately, to a butterfly wing or a scrap of trash, treating each with equal reverence. The fields of color merge both the discarded refuse and the coveted butterfly wings. I have taken mica out of the ground, transformed, and then reinserted it into a representation of a cave. The culminating effect is a prismatic noctilucent environment, a dream turned inside out, revealed in perverse form.

The curtains add a theatrical element, dividing both inner and outer worlds, the real from the pretend, the audience from the stage. Curtains can both obscure and reveal things. They symbolize death (Curtains to you!) or the veil between life and death. Theater is a way to witness the drama of nature unfolding in all it’s contradictions, beauty and darkness united in a subterranean environment.

An egg, or zygote, as well as a cave, is a place of magical incubation. The origins of life begin with the most ridiculous of odds. It is indeed a marvelous joke that a human begins in this way. Thousands of sperm cells swim in maniacal fury toward the single egg, while only a very small percentage reach the destination and even fewer actually make it to the sweet spot of entry. Sounds like an impossible equation to create life, or at the very least a joke of nature! Thousands of possible combinations per egg, yet only one or two outcomes.

A cave, an egg, a curtain, a veil are all entry points into the theater of life, a story that plays out in ways both full of terror and of beauty. 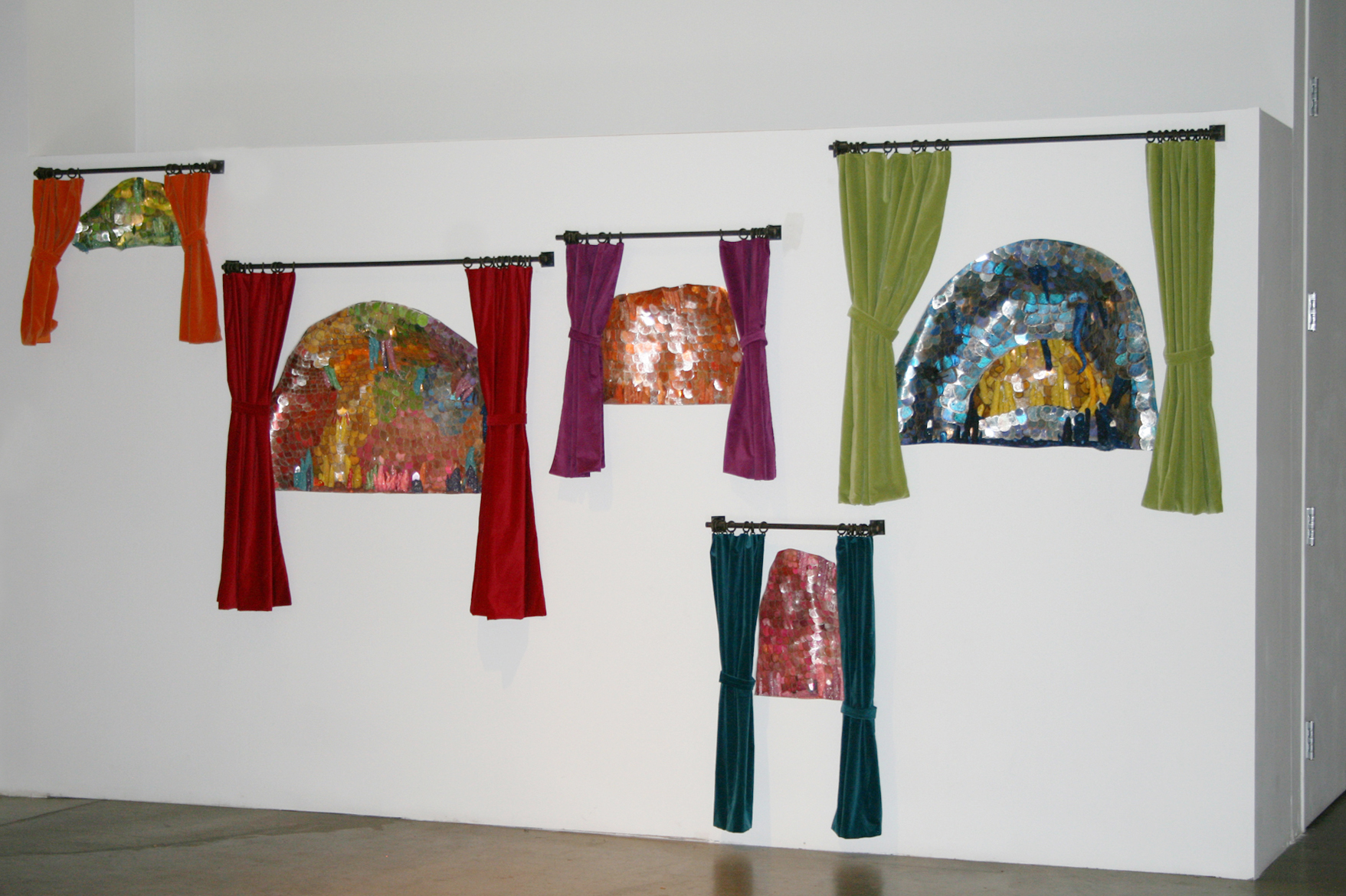 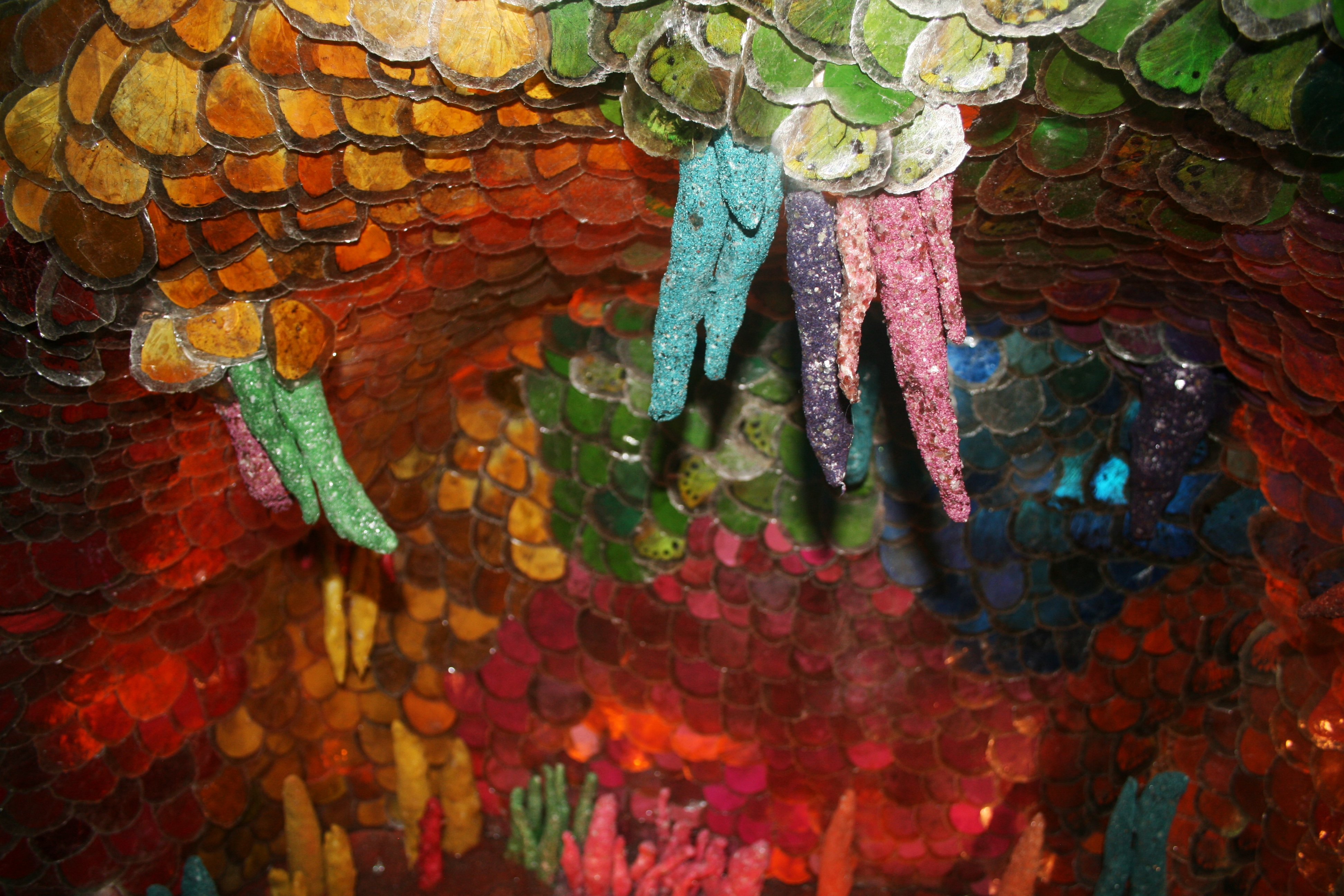 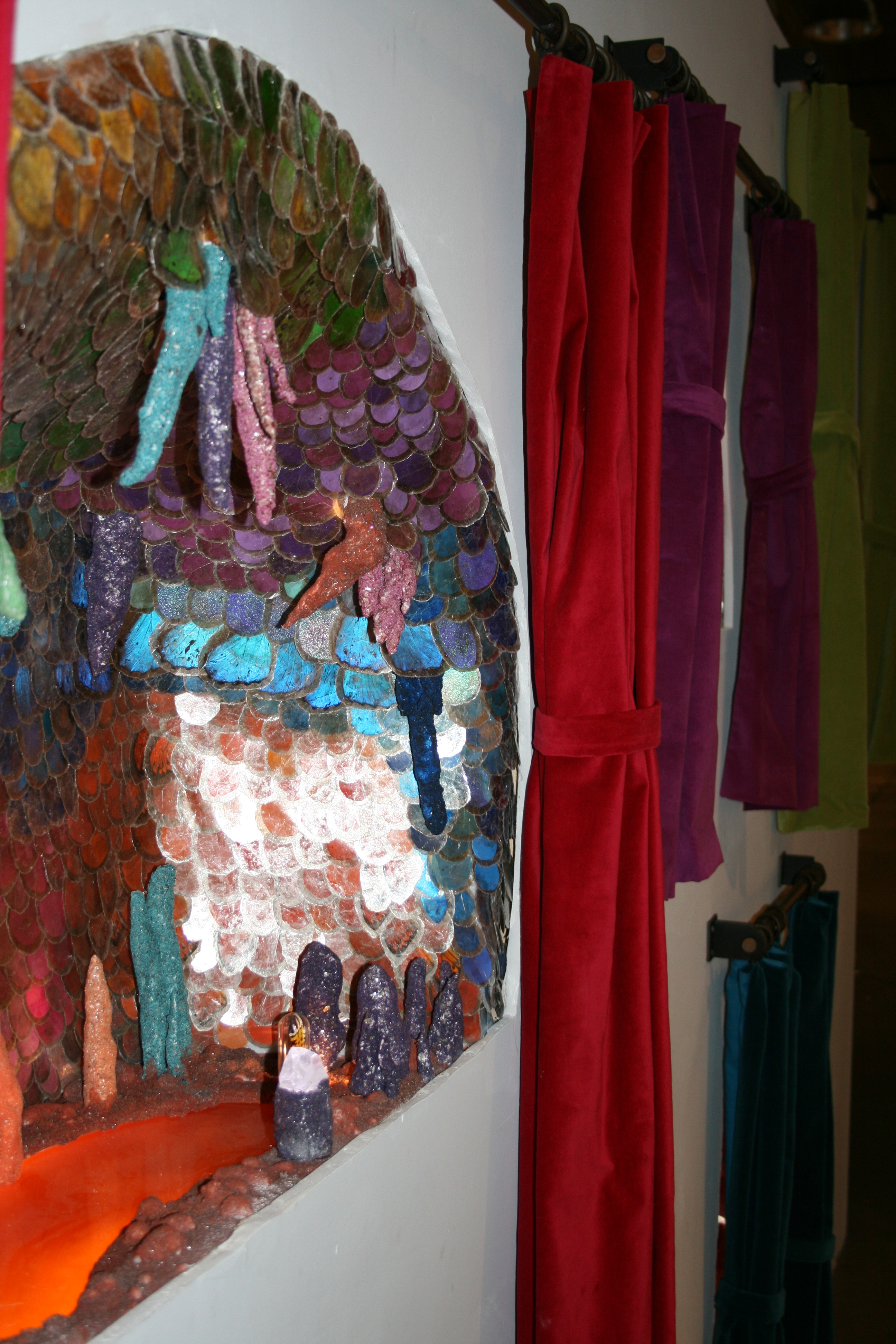 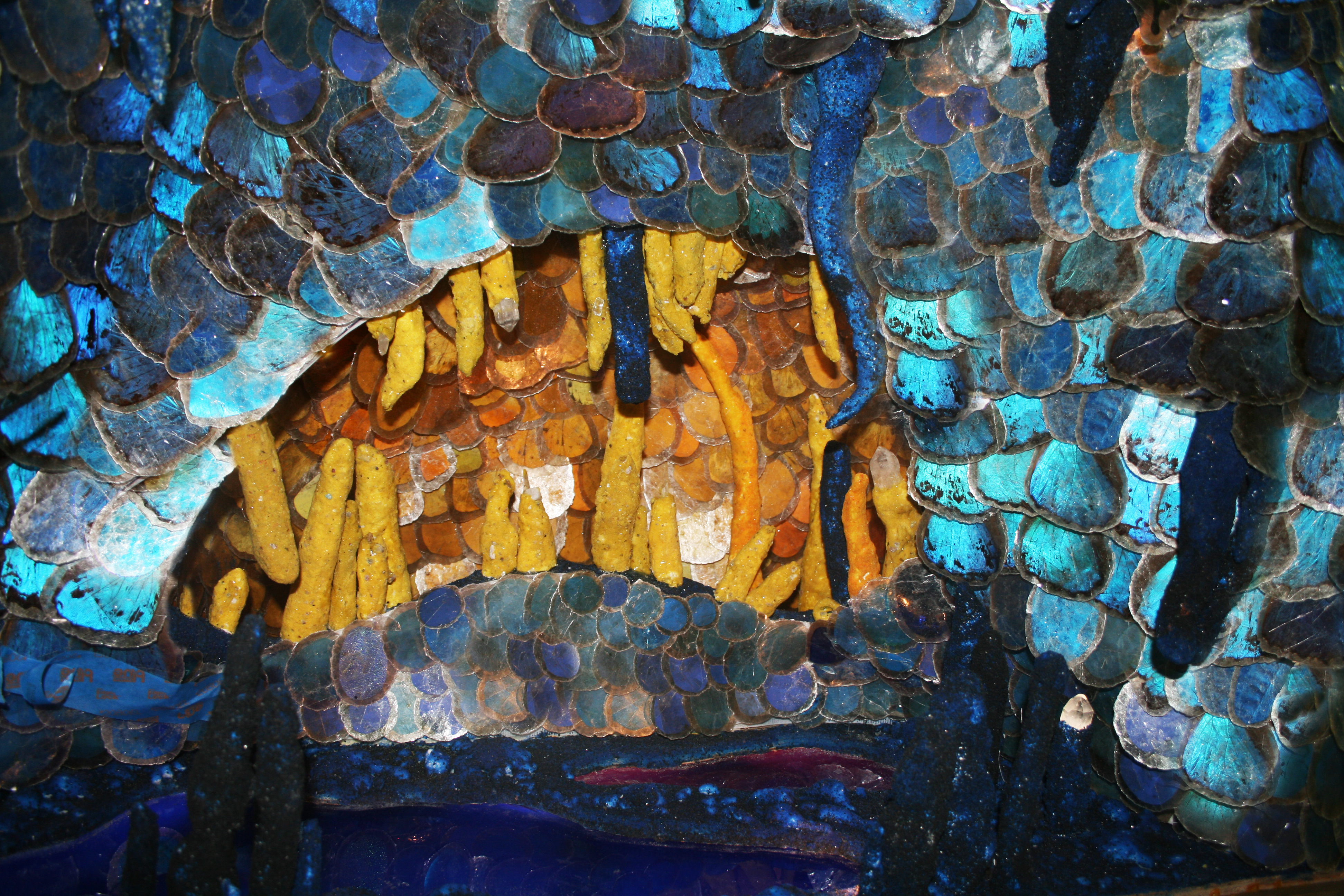 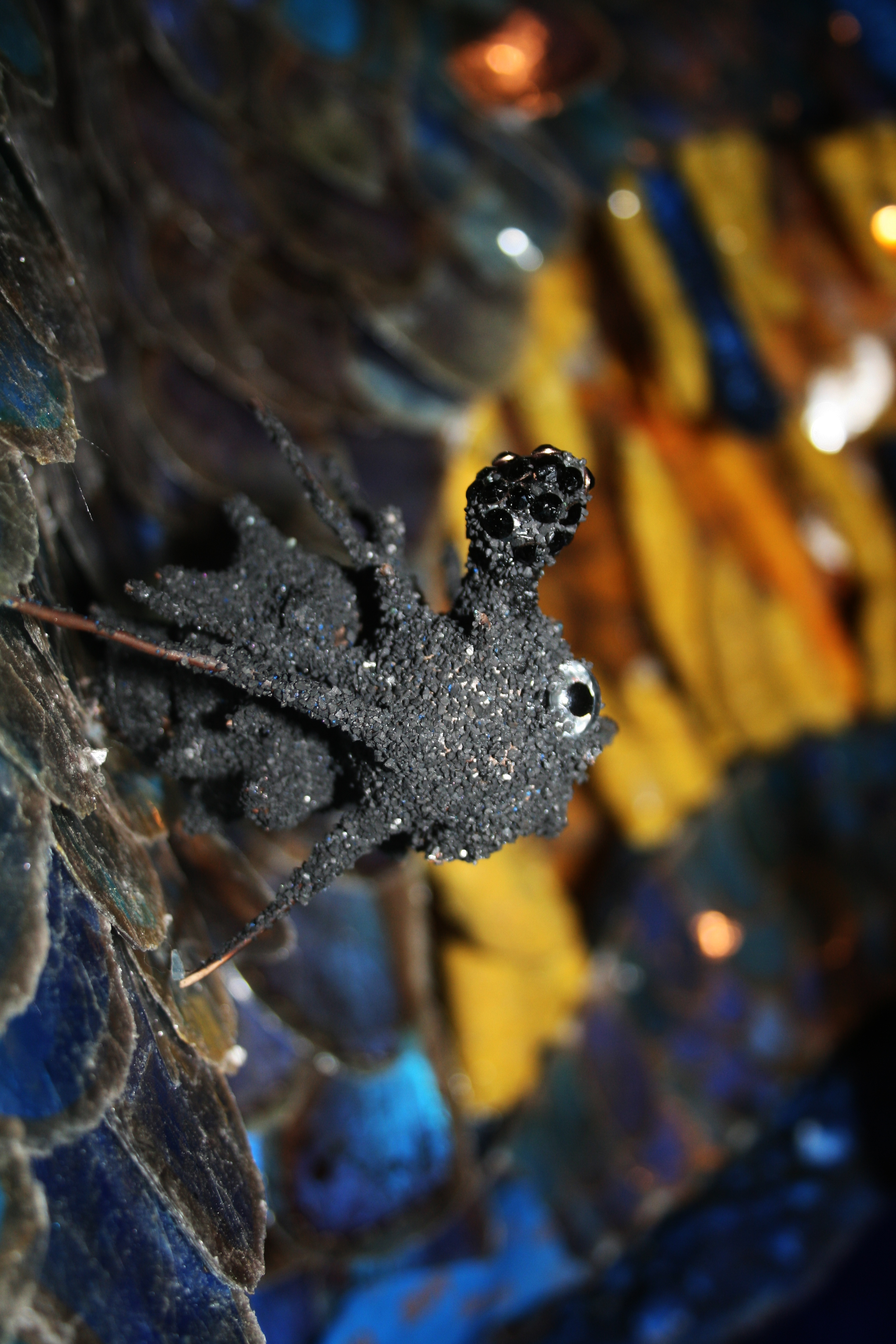 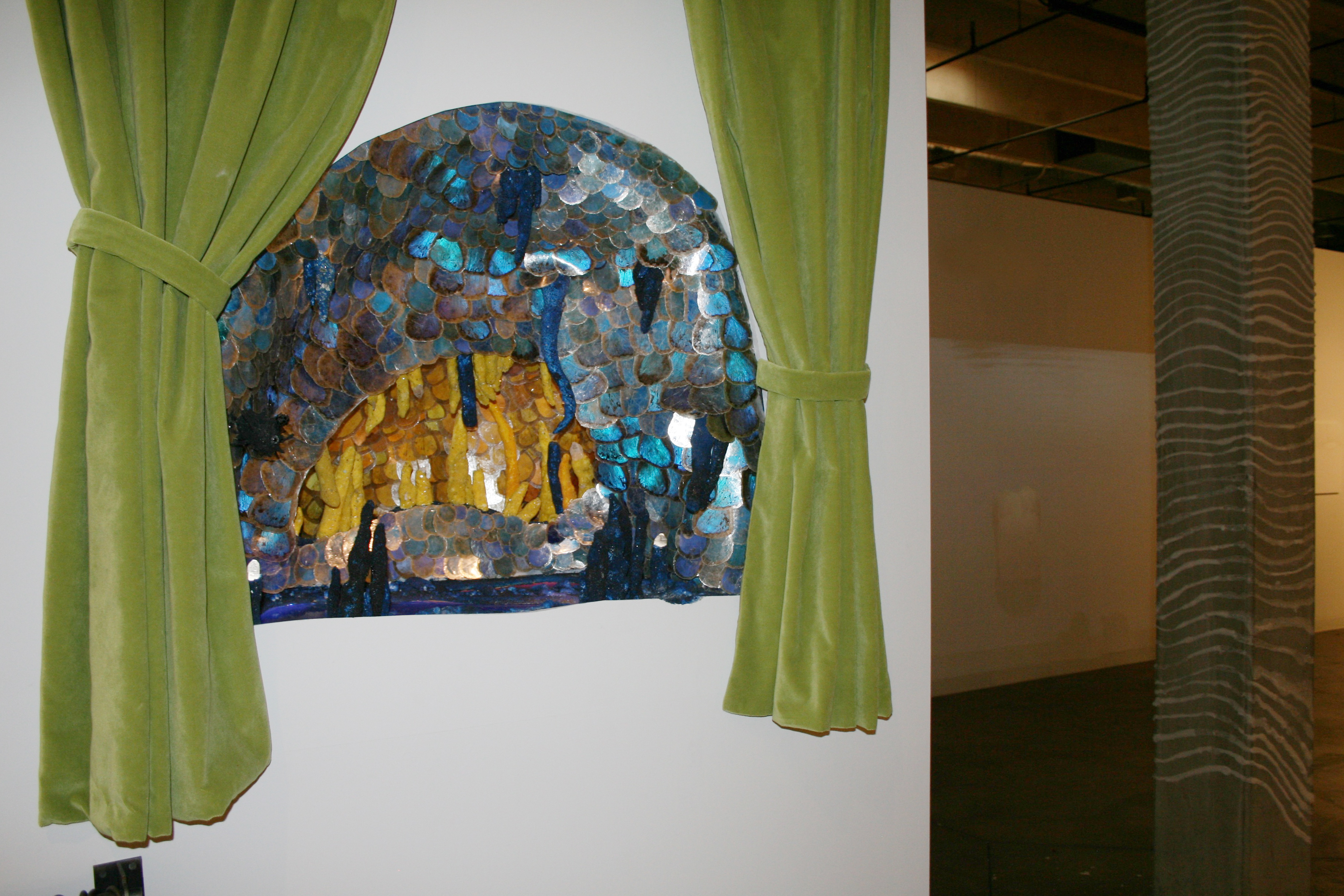